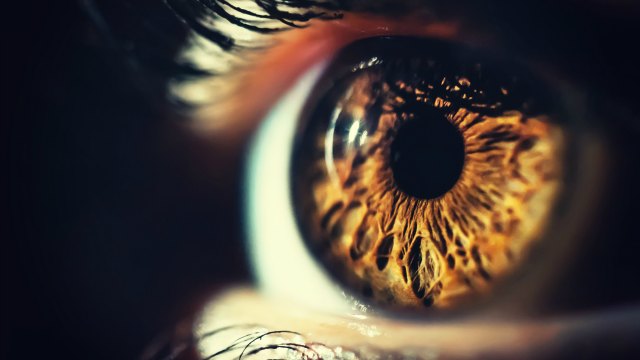 In recent years, scientists have accomplished what previously was saved for miracle workers: they have given blind patients the ability to see better. In 2017, the vision field saw an enormous advance with the approval Luxturna, the first gene therapy to correct vision loss in certain patients with childhood onset blindness.

And just last week, researchers reported that a retinal implant allowed a 69-year-old woman with macular degeneration to more than double the number of letters she could identify on a vision chart.

“It’s early data but very promising, including one patient with impressive vision gains, for a disease where we don’t have any treatment options,” says Thomas Albini of the University of Miami’s Bascom Palmer Eye Institute who was not involved in the study.

The implant, given to five patients with dry age-related macular degeneration (AMD), is a single sheet of retinal pigment epithelial (RPE) cells derived from human embryonic stem cells. Other teams across the globe are inventing their own form of RPE implants, and this type of approach is just one of a plethora of modalities being tested to either slow down or reverse various forms of blindness.

So far, the regenerative medicine field has figured out how to generate RPE cells, but other cell types have proved more difficult. “Generating photoreceptors or other neurons in the retina has been a golden target. No one has succeeded in generating these cells,” says Jean Bennett, a professor of ophthalmology at the University of Pennsylvania.

Researchers have nonetheless devised creative technologies for sight restoration to address a variety of blindness conditions.

In the latest development on dry AMD, published April 4 in Science Translational Medicine, a team of scientists and engineers at the University of Southern California (USC) in Los Angeles first differentiated human embryonic stem cells (ESCs) into RPE cells—those that form a monolayer that supports the health of the overlying photoreceptor-harboring retina. Once spread on an itty-bitty polymer platform (just 6 mm by 3 mm), the cells assembled into a polarized monolayer, just like that found in the human eye.

“What we have is a replica of the cells that are missing, due to degeneration, in patients with advanced dry AMD,” says Amir Kashani, a clinical scientist who performed the surgeries.

To insert the cells, Kashani made a one-millimeter incision in the retina, and with the implant folded in half “like a taco,” he slid it into the eye and unfolded it underneath the retina—which holds the patch in place—on top of the damaged area.

Three patients saw improvements within three months of receiving the implant, including the one patient who could read additional letters on a vision chart. The other two patients had improvement in fixation, the ability to focus one’s gaze on an object.

The team is now enrolling an additional 15 patients onto this trial and is planning a larger, phase 3 trial, also in dry AMD patients. “The goal is to try to correct less severe disease so there is more of a chance for visual improvement,” says Kashani.

Another recent stem cell–based tissue approach from researchers in the United Kingdom resulted in vision improvement in two older patients with the wet form of AMD. In these cases, blood vessels in the eye grow abnormally and lead to bleeding, the destruction of RPE cells, and eventual blindness. The developers also used a coated, synthetic membrane on which they assembled RPE cells differentiated from human ESCs and surgically delivered the patch. Two patients, a woman in her 60s and a man in his 80s, gained the ability to read an additional 29 and 21 letters, respectively, on a reading chart over the course of a year. Each patient also had astounding improvements in reading speed, from 1.7 to 82.8 and from 0 to 47.8 words per minute, respectively.

The first demonstration that human ESCs differentiated into RPE cells are safe was in 2012, when Steven Schwartz of the University of California, Los Angeles, and his colleagues successfully injected ESC-derived RPE cells into two legally blind patients, one with dry AMD and another with Stargardt’s macular dystrophy, another degenerative eye disorder. In a 2014 follow up report of 18 patients, the team along with the manufacturer of the cells, Astellas Pharma, showed that 10 of the patients had some vision improvement. Schwartz and his colleagues are now planning to enroll a larger trial to test if injecting a higher number of human ESC–derived RPE cells than used in the initial trial will be efficacious.

One issue with using human ESCs is a potential immune reaction, and subsequent rejection of the cells as foreign. To develop custom-made cell therapies derived from patients’ own cells, a group in Japan led by Masayo Takahashi at the RIKEN Center for Developmental Biology have turned to reprogramming cells from skin fibroblasts into induced pluripotent stem (IPS) cells and then into RPE cells. Her team recently showed that a wet AMD patient who had a sheet of such RPE cells implanted into the eye did not have additional vision atrophy over the course of a year.

There are also researchers working on a more scalable approach, using donated, immune-matched IPS cells to treat many patients. A bank of IPS cells from a variety of donors would be much more feasible, cost effective, and convenient than making IPS cells from each patient’s own cells.

To correct specific genetic defects associated with blindness disorders, researchers have turned to gene therapy—and have accomplished striking results. Luxturna, the gene therapy the FDA approved last year, corrects a mutation found in Leber congenital amaurosis (LCA)—a rare, inherited form of childhood blindness—and other forms of hereditary retinal dystrophies harboring a mutation in the RPE65 gene. The protein encoded by the gene is an enzyme necessary for retinal cells to generate visual pigments. These inherited disorders typically begin with night blindness and can progress to a decay of peripheral vision and then total vision loss in childhood.

Another gene therapy, still in the works, produces a protein that blocks the activity of vascular endothelial growth factor (VEGF) and has already been shown to be safe and effective in an early-stage wet AMD clinical trial.

A twist on gene therapy is an optogenetic approach in which a vector encoding a channelrhodopsin from green algae is delivered to retinal ganglion cells. The company Allergan is now testing the approach, developed by Zhuo-Hua Pan, a vision researcher at Wayne State University, in an early stage trial for patients with retinitis pigmentosa, in which patients lose light-sensing retinal cells. The goal, according to Pan, is to confer light sensitivity to retinal cells that normally don’t have the ability to sense light. While some gene therapies, such as the one approved for LCA, target a specific mutated gene, optogenetic therapy could be used to treat any blindness due to a loss of photoreceptor cells, says Pan.

The gene and cell therapies in development are still in the early stages, and it’s not yet clear from the small numbers of patients treated so far how widely applicable they might be to people with vision loss. As careful clinical studies on these technologies inch their way toward ever-larger trials, there are clinics selling unapproved treatments to customers with blindness—despite there being no stem cell–based therapies approved for severe eye diseases.

Recently, three women, each with macular degeneration, received an unproven stem cell treatment in both eyes in a clinic in Florida. All three were permanently blinded. Albini says the clinic’s protocol was a red flag they weren’t operating cautiously. “The procedure should be done in only one eye,” he says, whereas the stem cell clinic in Florida was delivering its therapy to both eyes, blinding the women bilaterally.

Another red flag: the business model. “It’s important for patients to understand that valid clinical trials do not charge patients for the therapy,” adds Schwartz.

Despite the bad PR from rogue players, ophthalmology researchers are bullish on what new treatments and advances the next decades will bring. Says Bennett, “It’s an exciting time. The vision field is really booming.”