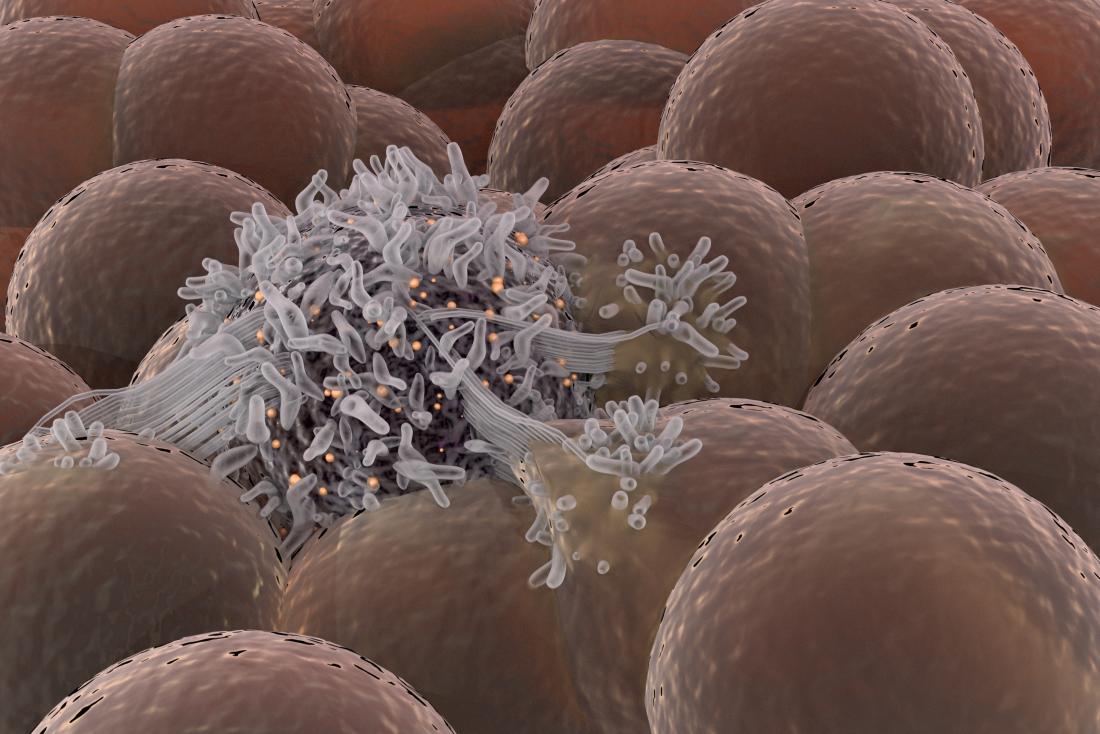 Triple-negative breast cancer has poor survival rates. However, the results of a new study — in which researchers discovered a stem cell pathway that may promote the disease — may lead to new treatments.

Over recent months, Medical News Today have covered many studies related to breast cancerand how it can be treated.

One such study, for example, found that a single injection of a small amount of two agents could successfully eliminate cancer in mice.

Another study suggested that starving cancer cells of vitamin B-2 could prevent their spread.

In the study — which is published in the journal Nature Communications — the researchers outline a survival pathway that had not yet been described in previous breast cancer studies, and which may provide a potential new target for future therapies.

Experts now know that hormone therapy prevents breast cancer cells from binding to hormones that promote their growth, such as estrogen and progesterone.

However, the main problem when it comes to treating triple-negative breast cancer cells is that they do not have receptors that allow them to bind to estrogen and progesterone.

“This aggressive subtype accounts for about 15–20 percent of breast cancers,” he continues. “Our findings are at an early stage but we are hopeful that targeting these cancer stem cells will lead to new treatments to allow women to be treated successfully and improve their outcomes.”

Recently, we reported on research from the Case Comprehensive Cancer Center at Case Western Reserve University School of Medicine in Cleveland, OH, that suggested that an existing form of antimicrobial therapy may be effective against triple-negative breast cancer.

In that study, in vitro cancer cells treated with interferon-β had a significantly reduced likelihood of forming into tumors.

But Reizes and colleagues studied the protein connexin 26 (Cx26), which was previously believed to fight cancer cells but is now known to contribute to the progression of tumors.

“Additional research is needed,” says co-author Justin Lathia, Ph.D., “but this discovery suggests that inhibiting Cx26 and the related pathway may be a promising new strategy for stopping or preventing triple-negative breast cancer stem cells from self-renewing and spreading.”

“It may also offer a target for diagnostic testing that helps clinicians predict health outcomes and relapse-free survival for patients with a specific cancer type.”