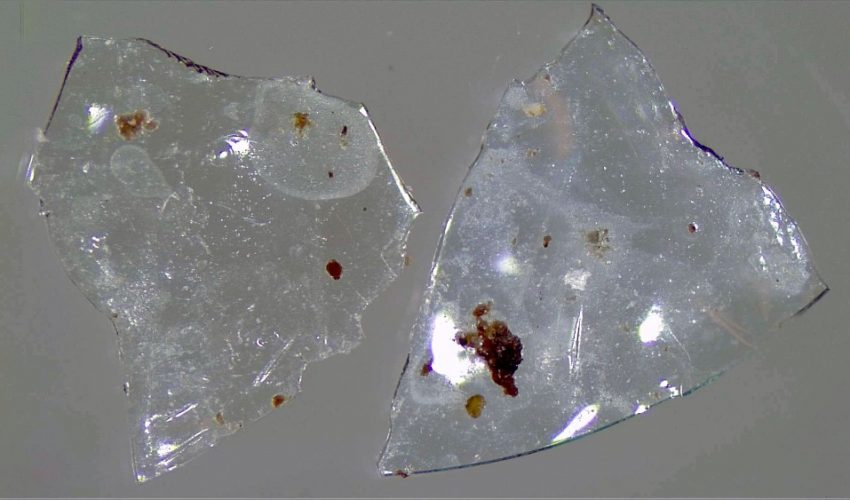 Many people rely on contact lenses to improve their vision. But these sight-correcting devices don’t last forever—some are intended for a single day’s use—and they are eventually disposed of in various ways. Now, scientists are reporting that throwing these lenses down the drain at the end of their use could be contributing to microplastic pollution in waterways.

The researchers are presenting their results today at the 256th National Meeting & Exposition of the American Chemical Society (ACS).

The inspiration for this work came from personal experience. “I had worn glasses and contact lenses for most of my adult life,” Rolf Halden, Ph.D., says. “But I started to wonder, has anyone done research on what happens to these plastic lenses?” His team had already been working on plastic pollution research, and it was a startling wake-up call when they couldn’t find studies on what happens to contact lenses after use.

“We began looking into the U.S. market and conducted a survey of contact lens wearers. We found that 15 to 20 percent of contact wearers are flushing the lenses down the sink or toilet,” says Charlie Rolsky, a Ph.D. student who is presenting the work. Halden, Rolsky and a third member of the team, Varun Kelkar, are at the Biodesign Institute’s Center for Environmental Health Engineering at Arizona State University (ASU). “This is a pretty large number, considering roughly 45 million people in the U.S. alone wear contact lenses.”

Lenses that are washed down the drain ultimately end up in wastewater treatment plants. The team estimates that anywhere from six to 10 metric tons of plastic lenses end up in wastewater in the U.S. alone each year. Contacts tend to be denser than water, which means they sink, and this could ultimately pose a threat to aquatic life, especially bottom feeders that may ingest the contacts, Halden says.

Analyzing what happens to these lenses is a challenge for several reasons. First, contact lenses are transparent, which makes them difficult to observe in the complicated milieu of a wastewater treatment plant. Further, the plastics used in contact lenses are different from other plastic waste, such as polypropylene, which can be found in everything from car batteries to textiles. Contact lenses are instead frequently made with a combination of poly(methylmethacrylate), silicones and fluoropolymers to create a softer material that allows oxygen to pass through the lens to the eye. So, it’s unclear how wastewater treatment affects contacts.

“When the plastic loses some of its structural strength, it will break down physically. This leads to smaller plastic particles which would ultimately lead to the formation of microplastics,” Kelkar says. Aquatic organisms can mistake microplastics for food and since plastics are indigestible, this dramatically affects the marine animals’ digestive system. These animals are part of a long food chain. Some eventually find their way to the human food supply, which could lead to unwanted human exposures to plastic contaminants and pollutants that stick to the surfaces of the plastics.

By calling attention to this first-of-its-kind research, the team hopes that industry will take note and at minimum, provide a label on the packaging describing how to properly dispose of contact lenses, which is by placing them with other solid waste. Halden mentions, “Ultimately, we hope that manufacturers will conduct more research on how the lenses impact aquatic life and how fast the lenses degrade in a marine environment.”