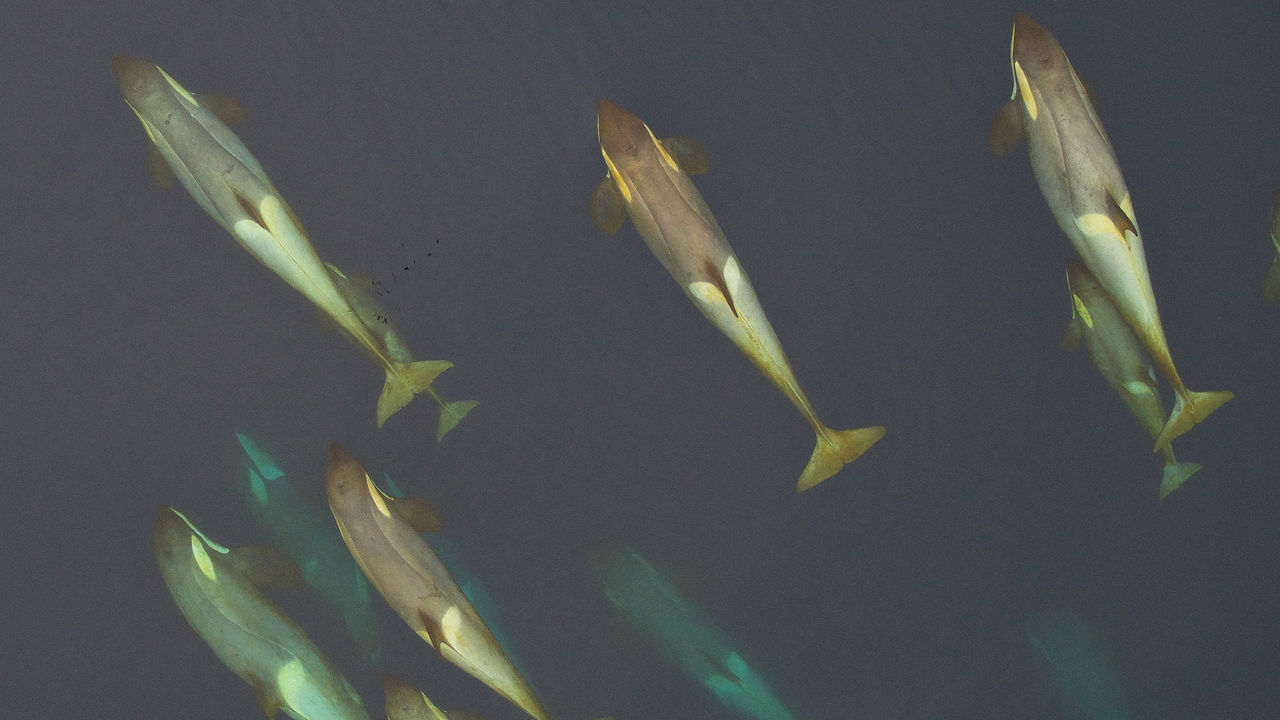 Some people travel across oceans to seek warm, healing waters in spas or coastal resorts. It turns out that whales are likely making their annual migrations for much the same reason: to maintain healthy skin, according to a new study out today.

Scientists have long wondered why whales—baleens, such as humpbacks and blues, and toothed whales, such as sperm and killer whales—travel up to 18,840 kilometers every year between their feeding grounds in polar waters and warmer, tropical seas. Previously, researchers thought that after feeding in the Arctic or Antarctic, whales traveled to the tropics to give birth far from their usual predators.

To find out the real reason for the migrations, researchers led by Robert Pitman, a marine ecologist at Oregon State University’s Marine Mammals Institute, deployed 62 satellite tags on the four types of killer whales that inhabit Antarctic waters. After tracking the whales over eight southern summers, the scientists found that some journeyed as many as 9400 kilometers to the western South Atlantic Ocean, making the round trip in merely 42 days. But they didn’t do it to give birth: Photographs taken by the team revealed newborn killer whales in Antarctic waters. Strike one for the “feed-in-the cold, breed-in-the-warmth” hypothesis.
SIGN UP FOR OUR DAILY NEWSLETTER
Get more great content like this delivered right to you!

The researchers also knew that whales, like humans, shed outer skin cells continuously. “You can track humpback whales migrating up Australia’s eastern coast just by following the trail of raining epidermal cells they’re shedding,” Pitman says. But in the cold Antarctic seas, the whales are apparently unable to molt. Instead, they build up a thick, yellow film of microscopic diatoms on their skin. High concentrations of diatoms can accumulate potentially harmful bacteria, adversely affecting both killer and baleen whales.

The yellow-skinned killer whales led some of the team’s researchers to propose another explanation in 2012. To conserve body heat in cold Antarctic waters, they hypothesized, killer whales divert blood flow away from their skin. This causes a slowdown in skin cell regeneration and ultimately drives the whales to warmer waters, where their metabolism—and presumably—their molting, ratchets up. The new study suggests that not only killer whales, but all whales migrate to molt, the researchers report in Marine Mammal Science.

The scientists “make a convincing argument” about killer whales, says Richard Connor, a cetacean biologist at the University of Massachusetts, Dartmouth, who was not involved with the study. But he doubts the idea applies to all whale species. For example, he says, newborn baleen calves are “incredibly vulnerable” to predatory killer whales. So for them, “The cost of being eaten is much higher than the cost of molting in cooler waters.”

“As scientists, we have a tendency to seek unifying theories for phenomena,” adds Peter Corkeron, a marine mammal scientist at the New England Aquarium who co-authored a 1999 study with Connor supporting the warm-breeding, predator-avoiding hypothesis. “But killer whales and baleen whales are very different animals. Why expect their movements to all be governed by the same ecological or physiological processes?”

Still, the two scientists admire the new study, particularly its suggestion that researchers should investigate how whale molting affects the ocean’s ecosystems. “Most people don’t consider skin molt important to whales,” Pitman says. “But it’s an important physiological need; shedding their skin is a first-line defense against disease and bacteria.”