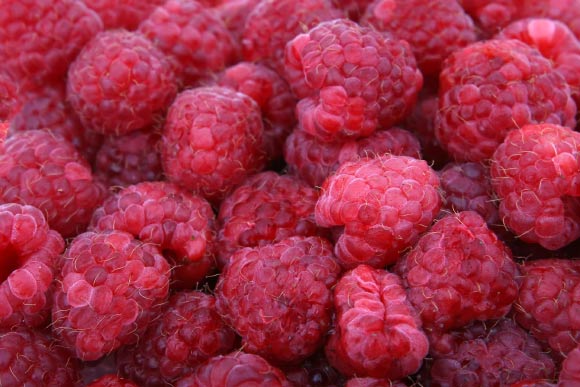 A study published in the Archives of Biochemistry and Biophysics shows that ellagitannins — natural phenolic compounds found in red raspberries — may improve vascular function in healthy men.

“Raspberries are a rich source of ellagitannins and anthocyanins,” said study senior author Dr. Ana Rodriguez-Mateos, of King’s College London and the University Düsseldorf, and colleagues.

“The aim of our work was to investigate whether raspberry consumption can improve vascular function and to understand which phenolic metabolites may be responsible for the effects.”

In a randomized controlled trial, Dr. Rodriguez-Mateos and co-authors gave 10 healthy male subjects, aged 18 to 35, drinks prepared with 200 g and 400 g of frozen raspberries containing 201 or 403 mg of total polyphenols, or a matched control drink in terms of macro and micronutrient content, color, and taste.

FMD increased significantly at 2 hours post-consumption of the raspberry drink when compared with the change in FMD due to the control drink, and this maintained at 24 hours after consumption.

At 2 hours post-consumption of both raspberry drinks, ellagic acid, found in plasma and urine correlated with FMD.

At 24 hours post-consumption of the 200 g raspberry drink, urolithin-A-3-glucuronide and urolithin-A-sulfate correlated with FMD.

No significant differences were found between FMD improvements after consumption of the 200 g and 400 g raspberry drinks.

“The study suggests that ellagitannins may play a role in driving the positive effects seen on blood vessel function in the study’s participants,” Dr. Rodriguez-Mateos said.

“We’re excited about these findings and what they may potentially add to the growing list of benefits from consuming red raspberries,” added Dr. Tom Krugman, executive director of the National Processed Raspberry Council, who was not involved in the study.