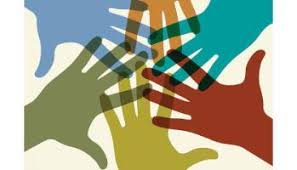 The Influence of Minority Stress, Gender, and Legalization of Civil Unions on Parenting Desire and Intention in Lesbian Women and Gay Men: Implications for Social Policy and Clinical Practice

Although the rate of lesbian and gay (LG) parents is increasing, lesbian and gay adults are less likely than heterosexual adults to be parents, as desire and intention to become a parent tend to be lower. This study aims at assessing 290 childless LG individuals (120 lesbian women and 170 gay men) to explore the influence of minority stress, gender differences, and legalization of civil unions in Italy on parenting desire and intention. The results indicated that the minority stressors associated with parenting dimensions included prejudice events, outness, and internalized homophobia for lesbian women, but only felt stigma among gay men. Support from family or significant others buffered the effects of minority stressors on parenting dimensions. Thus, the minority stress processes partly explain the intention and desire to become parents in LG childless individuals. Furthermore, lesbian women showed higher levels of parenting desire and intention than gay men and the levels of these parenting dimensions increased after the law on civil unions was enacted. The findings have important implications for both social policies and clinical practice. [1]

The Truly Vulnerable: Integrating Wealth into the Measurement of Poverty and Social Policy Effectiveness

There is a burgeoning literature on wealth in the rich world. It mainly focuses on the top. This paper shows that assets can also matter for the analysis of poverty and financial vulnerability. We introduce the concept of triple precariousness, afflicting households that not only have low income but also very low or non-existent assets to draw on for consumption needs, especially liquid assets. We ask whether these households—whom we might call the truly vulnerable—have different characteristics from those that we identify as poor or needy on the basis of income based metrics. This study looks in detail at Belgium, a country that represents a particularly interesting case because households are known to have levels of household wealth that are among the highest in the Eurozone, especially around and below the median, and yet it also has a comparatively high poverty rate, measured using disposable household income, as is commonly done in poverty studies. Drawing on HFCS data, we show that households with a reference person that is young, unemployed, low educated, migrant, single, and above all a tenant are especially financially vulnerable. By contrast, our assessment of the extent and depth of financial need among the elderly—a segment of society that is at a relatively high risk of income poverty—also changes. A substantial share of income poor elderly households own significant assets. We draw out some tentative consequences of these findings for anti-poverty and redistributive policies.[2]

Dynamic changes in security environment pose serious challenges to military servicemen, discharged for one or another reason from military service, and their families. With transferring from the military to the civil sociumin their conditions of life, occur some essential changes, affecting various aspects of life: geography of the service and residence, living conditions, nature of activity, social status, level of claims to a new life, prospects for further development, circle of socialization, etc. [3]

Socioeconomic status and the brain: prospects for neuroscience-informed policy

Socioeconomic status (SES) is associated with health (physical and mental) and cognitive ability. Understanding and ameliorating the problems of low SES have long been goals of economics and sociology; in recent years, these have also become goals of neuroscience. However, opinion varies widely on the relevance of neuroscience to SES-related policy. The present article addresses the question of whether and how neuroscience can contribute to the development of social policy concerning poverty and the social and ethical risks inherent in trying. I argue that the neuroscience approach to SES-related policy has been both prematurely celebrated and peremptorily dismissed and that some of its possible social impacts have been viewed with excessive alarm. Neuroscience has already made modest contributions to SES-related policy, and its potential to have a more effective and beneficial influence can be expected to grow over the coming years. [4]

Methodology: Data were obtained through questionnaire administration on a Migrant household head. Multistage sampling technique was used for selection of 161 respondents for the study. Data collected were analyzed using descriptive and inferential statistics while stepwise regression analysis was used to investigate the research hypothesis. The study established that the most important challenges of land accessibility among migrants in Yewa North Local Government Area were in the following descending order: High cost of land (15.5%), insecure tenure (11.9%), difficulty in land transaction (3.2%) and inability to transfer land among migrants (2.8%). Thus, non-availability of land and inability to use land was not a challenge for migrants. The study therefore recommended that sensitization programme should be conducted on land distribution and land management in the study area. Also Government should revisit the Land Use Act 1978 by putting migrants into consideration. This will facilitate land accessibility among migrants. [5]

[4] Socioeconomic status and the brain: prospects for neuroscience-informed policy