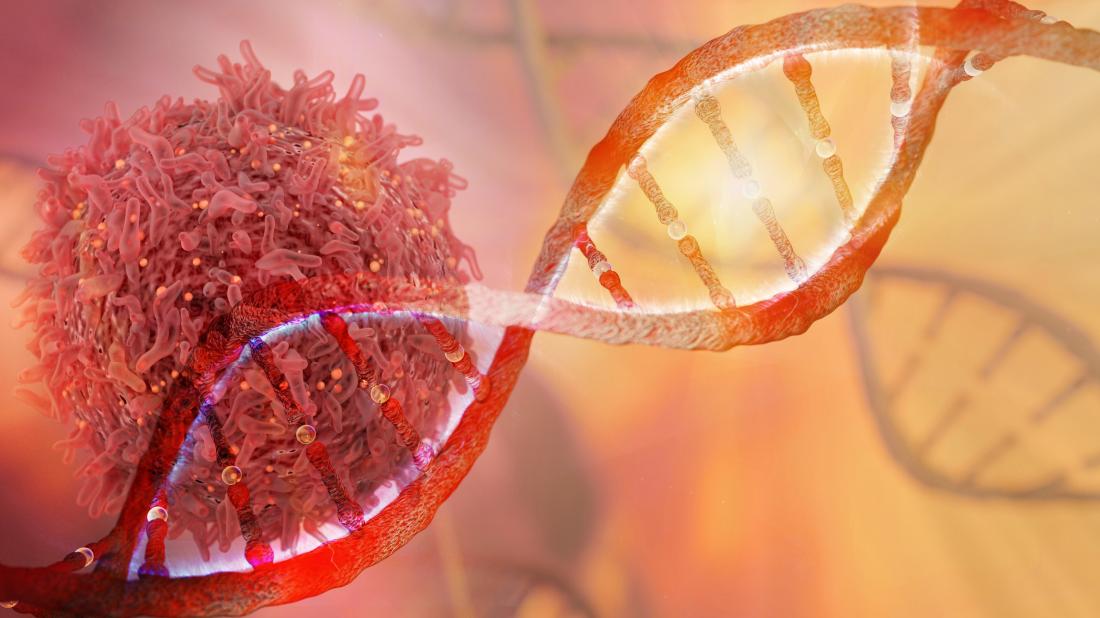 The scientists were particularly interested in bromodomain inhibitors (BET inhibitors).

These are a promising new class of drugs that target the genes involved in cancer’s growth.

The researchers have published two papers in the journal Cancer Prevention. One concentrates on breast and lung cancer, and the other focuses on obesity-related cancers. Both approach the same molecular pathways.

The first was a preclinical study led by Karen Liby, who’s an associate professor in the Department of Pharmacology and Toxicology.

This study found that a BET inhibitor called I-BET-762 delays the progression of existing lung and breast cancers by interacting with a cancerous gene called c-Myc.

In health, this gene helps to regulate DNA transcription, but a mutated version is found in many types of cancer cell, where it helps them to proliferate quickly.

Prof. Liby explains, “I-BET-762 works by targeting DNA so that this gene can’t be expressed. It does this by inhibiting a number of important proteins — both in cancer and immune cells — ultimately reducing the amount of cancer cells in mice by 80 percent.”

The proteins it inhibits are vital for the cancer to grow. When one of them — called pSTAT3 — becomes active in immune cells, it prevents them from carrying out their protective role.

This allows cancer to progress unimpeded. In cancer cells, pSTAT3 is typically overproduced, effectively shielding the cancer cells and allowing the tumor to continue to grow.

In Prof. Liby’s initial study, they reduced levels of pSTAT3 by 50 percent in both immune and cancer cells.

For the second study, Jamie Bernard — an assistant professor of pharmacology and toxicology — tried a similar approach but used precancerous cells. These are abnormal cells that may develop into cancer cells. The focus, this time, was on obesity-related cancers.

Obesity is a risk factor for a range of cancers, including breast, colorectal, kidney, and pancreatic cancers. The exact reason for this relationship is still relatively unclear, but changes in hormone levels, immune activity, and growth factors are thought to play a part.

Researchers are trying to understand the molecular processes at work with a view to curtailing them.

” “Almost half a million of all new cancers have been linked to obesity. There is evidence that visceral fat and high-fat diets can increase cancer risk; and while current cancer treatments have helped to lower cancer mortality, the number of obesity-associated cancers continues to climb.” – Prof. Jamie Bernard “

Prof. Bernard explains the premise of his study, saying, “We looked directly at the effect I-BET-762 had on human cells that could become tumorigenic but weren’t quite yet.” And the results were encouraging.

“We found,” he concludes, “that the drug prevented more than 50 percent of these cells from becoming cancerous.”

Cancer treatment has come on leaps and bounds in recent years, but mortality rates in lung and breast cancer are still high. Research into how these conditions can be prevented is essential.

Currently, other drugs with a similar action to I-BET-762 are being tested for the treatment of a range of cancer types.

The team hopes that, by understanding specific targets, better prevention methods can be put in place for populations at high risk of developing certain cancers.