Previous generations have looked up at the stars in the night sky and wondered whether they are also orbited by planets. Our generation is the first to find out the answer.

We now know that nearly all stars have planets around them, and as our technology improves we keep finding more. NASA’s newest satellite, TESS (the Transiting Exoplanet Survey Satellite), scheduled for launch on April 16, 2018, will extend the hunt for small, rocky planets around nearby, bright stars. 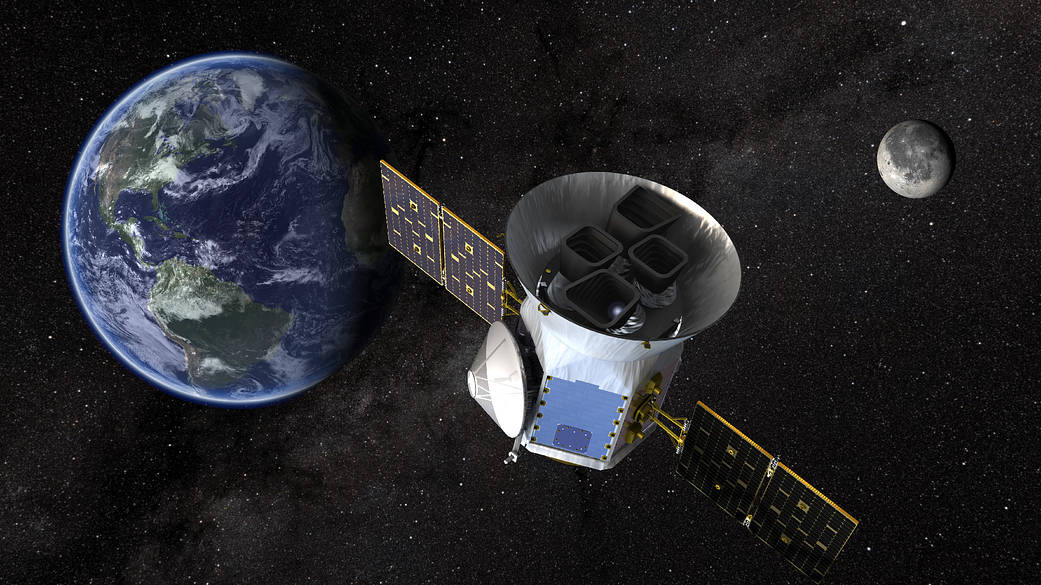 We want to know how big such planets are, what kind of orbits they have and how they formed and evolved. Do they have atmospheres, are they clear or cloudy, and what are they made of?

Over the coming decades, we will find Earth-like planets at the right distance from their star for water to be liquid. It’s conceivable that one will have an atmosphere containing molecules such as free oxygen that indicate biological activity.

TESS is a major step towards this long-term goal.

Planets are so faint and tiny compared to their host stars that it is remarkable we can detect them at all, let alone study their atmospheres.

Yet planets can, from our viewpoint, appear to travel or “transit” across the face of their star as they orbit, blocking a small fraction of the star’s light.

TESS will monitor 200,000 bright stars in the solar neighbourhood, looking for tiny dips in their brightness that reveal a transiting planet. 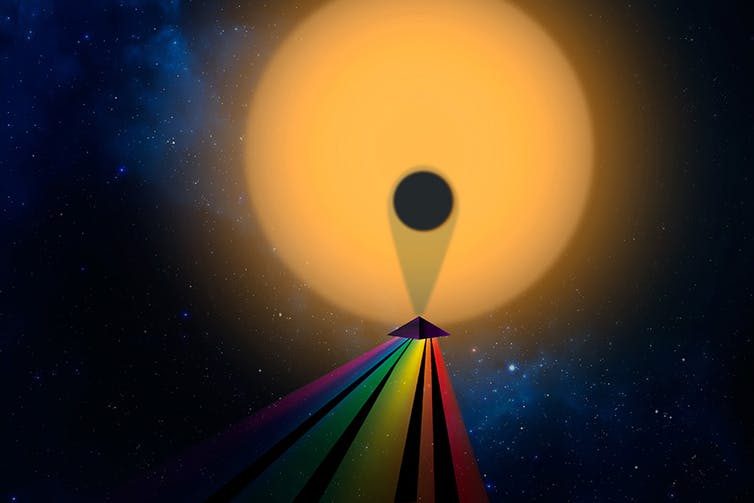 To understand the atmospheres of exoplanets, we have to examine how they interact with starlight.

As a planet transits across a star, the thin smear of its atmosphere is backlit by starlight. Some wavelengths of the starlight will be absorbed by molecules in the atmosphere while other wavelengths will shine straight through.

So looking at which wavelengths reach us and which don’t can reveal what the atmosphere is made of.

Such observations are right at the limit of current capabilities, requiring the James Webb Space Telescope (JWST), the $8 billion successor to Hubble scheduled for launch in 2020.

With a 6.5-metre-wide mirror, collecting much more light than Hubble ever could, and with specially designed instruments, JWST has been built to study exoplanet atmospheres.

In order to use JWST most effectively, we first need to know which stars host the best transiting exoplanets to study, and that’s why we need TESS.

Its predecessor spacecraft, Kepler, surveyed 150,000 stars in a patch of sky near the constellation Cygnus, and found over a thousand planets ranging from gaseous giants like Jupiter to rocky planets as small as Mercury.

But Kepler covered only a small patch of sky containing few stars bright enough for us to study their planets.

A million stars a night

In contrast, ground-based telescopes have searched wider swathes of the sky looking at many more brighter stars for transiting exoplanets. The most successful has been the UK-led Wide Angle Search for Planets (WASP) project, of which I am a member.

Using an array of camera lenses, WASP has spent the last decade monitoring a million stars every clear night looking for transit dips, and has found nearly 200 exoplanets, some of which have now been chosen as targets for JWST.

But ground-based transit surveys have one big limitation: they look through Earth’s atmosphere and that severely limits the data quality.

They can detect brightness dips as small as 1 percent, which is sufficient to find giant gaseous planets that are like our own Jupiter and Saturn. But smaller, rocky planets block out far less light.

Our Earth would produce a dip of only 0.01 percent if seen projected against our sun.

TESS will combine the best of both these approaches, observing bright stars over the whole sky with the advantage of doing so from space. It should find the small, rocky planets that Kepler proved are abundant but find them orbiting stars that are bright enough for us to study their atmospheres with JWST.

TESS will typically observe each region of sky for 30 days.

This means that it will detect planets that don’t take long to orbit their stars and so will produce several transits while TESS is looking at them.

Planets with short orbits are located close to their stars, meaning that most planets TESS finds will be too hot for liquid water. But planets orbiting dimmer, cooler red dwarf stars might be at the right temperature for life even if they are so close.

The dwarf star TRAPPIST-1 is 1,000 times dimmer than our sun, and is known to host seven closely orbiting planets.

While TESS looks for planets orbiting dwarf stars from space, the SPECULOOSsurvey will be looking at even smaller and dimmer stars from the ground. Any planets it finds will be prime targets for JWST.

This exploration is a step towards finding rocky planets in the habitable zone of stars like our sun.

In 2026, The European Space Agency is expected to launch PLATO, a satellite with the potential to discover rocky planets in Earth-like orbits with periods of a year.

The race will then begin to find biomarker molecules, such as free oxygen, in the atmosphere of an Earth-like exoplanet.