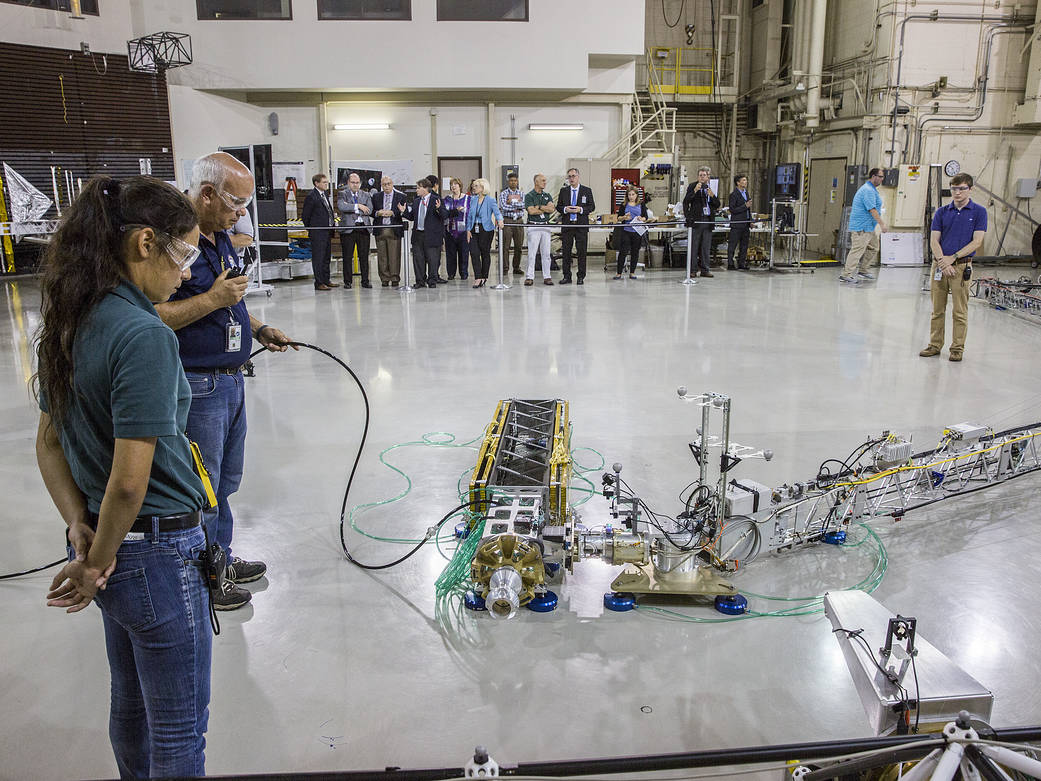 A robotic arm moving a solar array up and down along a space structure, and a robotic hand and jigging system autonomously building truss segments – sounds like a scene from a science fiction movie, but it’s just another day in the office for NASA engineers.

This week marked the last in a series of ground tests demonstrating the capabilities of the Tendon Actuated Lightweight In-Space MANipulator (TALISMAN)robotic arm; the Strut Assembly, Manufacturing, Utility & Robotic Aid (SAMURAI); and the NASA INtelligent Jigging and Assembly Robot (NINJAR)components of the Commercial Infrastructure for Robotic Assembly and Services (CIRAS) project.

Earlier this year, the team of engineers manipulated the newer, longer arm back and forth from folded to extended positions to demonstrate that it is fully operational, then they showed it could pull a truss out from being stowed in a compartment. In this demonstration, the TALISMAN arm was used to move a solar array from one truss section to another and to install the array.

SAMURAI, the robotic hand that passes truss parts, and NINJAR, the jigging robot that holds the pieces in place while they are fastened, have similarly been put to the test this year. The team first used a remote control to operate the two robots and assemble truss segments. This most recent test accomplished an autonomous truss build, using only code and no remote control.