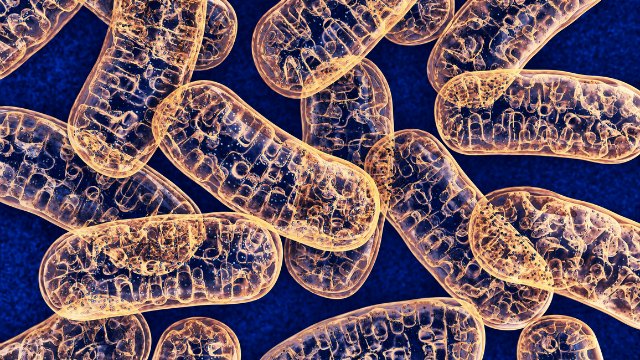 Experiments in mice show that mitochondria, both within the tumor and beyond, can make the difference between promoting or inhibiting cancer spread.

The mitochondrial genome of mice is only 16 kilobases long, comprising just 37 genes, yet its polymorphisms appear related to the metastatic potential of cancer, researchers report at the American Association of Cancer Research annual meeting in Chicago today (April 17). Researchers swapped the nuclear and mitochondrial DNA among several mouse strains and observed changes in immune function, microbiome composition, metabolomics, and tumor spread that tracked with mitochondrial type.

“People just assume something of 16 kilobases couldn’t be that critical for something so complicated,” Danny Welch, a cancer biologist at the University of Kansas Medical Center who presented his lab’s results, tells The Scientist.

The latest, unpublished findings build upon a 2017 report in Cancer Research by Welch’s group that showed that the mitochondrial genome was tied to the speed of cancer growth and metastasis. Mice of a strain called FVB that had inherited mitochondria from either of two other strains took longer to form tumors and had less tumor spread than mice with native FVB mitochondria, Welch and his colleagues reported.

In the latest experiments, the researchers took cancer cells with the mouse strains’ original nuclear and mitochondrial genomic backgrounds and infused them into mice with either original or swapped mitochondrial DNA. This set-up gave the investigators a look at how mitochondrial DNA in tissues outside the tumor might affect cancer spread. Again, the team found that the amount of metastases was tied to mitochondrial type. “We were so shocked by the data we repeated it three times over the course of the year with 10 mice per experiment,” Welch said during his presentation.

The new data point to possible hints as to how mitochondria might contribute to metastasis—namely, Welch and colleagues found immune, microbial, and metabolic, changes associated with mitochondrial background that they are now pursuing with follow up investigations.