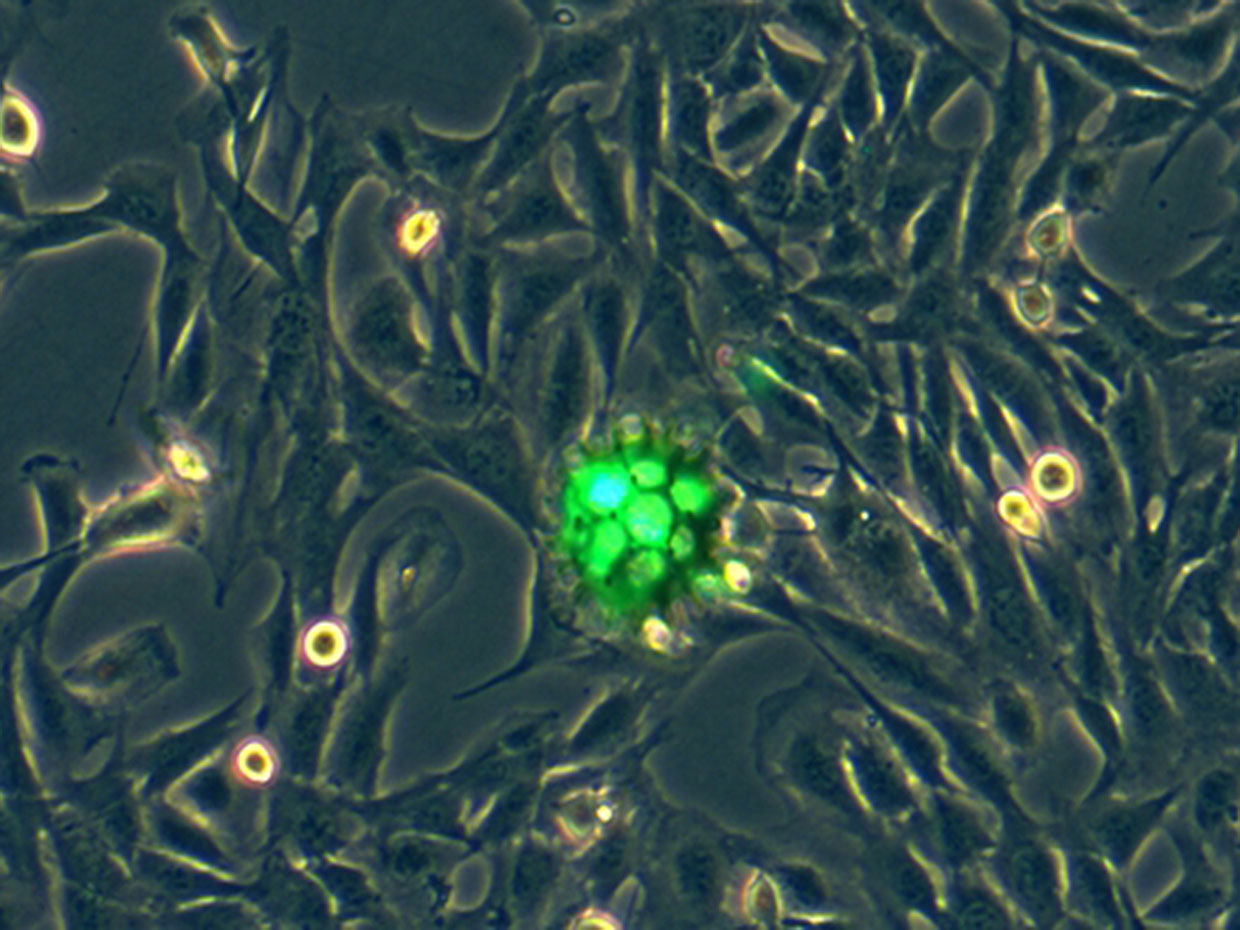 The astonishing thing about stem cells is that they can be coaxed, in the laboratory, into becoming nearly any kind of cell—from bone marrow to heart muscle. That remarkable capability has for years kept scientists busy tinkering with stem cells and injecting them into animal models in an attempt to grow and replace damaged tissue.

Such scientists have received a ton of attention in that line of work. But there’s a smaller group of researchers working, to far less fanfare, on a different part of the stem cell challenge: how to deliver those cells to the body’s hard-to-reach places.

Researchers typically deliver stem cells via injection—a needle. But that method can damage healthy tissue, especially when the target is a deep brain structure, or delicate vasculature, or the inner ear.

A group out of Hong Kong announced this week that they had invented a new delivery tool using tiny, magnetically-controlled robots. The cell-carrying machines move noninvasively through the body to a target site and deliver their stem cell cargo.

The researchers, led by Dong Sun, a professor at City University of Hong Kong, demonstrated their device in zebrafish and mice, and reported their success in the journal Science Robotics.

The advance is notable because Sun and his colleagues were able to demonstrate that their robots work in animals. “It’s really uncertain how to make these tiny machines move in living organisms,” says Bradley Nelson, a microroboticist at ETH Zürich, who was not involved in the project.

Several other groups, including Nelson’s, have demonstrated cell-carrying microbot designs in computer simulations and test tubes, but “in vivo is harder,” he says.