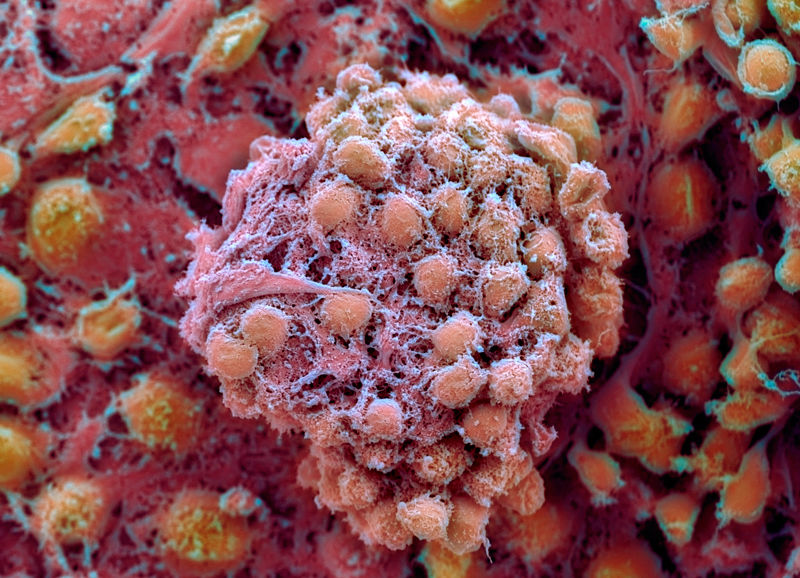 Before a cluster of cells can develop into an embryo, it must first decide which end is up. But that process had never been observed in humans — until now.

For the first time, researchers have watched human ‘organizer’ cells direct the formation of an embryo’s top, bottom, front and back. They did so by developing a technique that sidesteps restrictions on research with human embryos by grafting human cells onto chicken embryos. The method, published on 23 May in Nature1, could supplant the use of human embryos in some laboratory experiments.

Organizer cells were discovered in 1924, during a series of experiments in Germany on salamanders2. A pair of developmental biologists transplanted cells from the back of one salamander embryo onto the front of another, where the cells grew into a second, conjoined salamander. This suggested that certain cells on an embryo’s back could organize their neighbours into the complex array of structures that make up an animal.

Since then, researchers have identified organizer cells in the embryos of many other species. But scientists had never observed such cells guiding early human development. Ethical guidelines and laws in many countries — including the United States — prohibit scientists from experimenting with human embryos more than 14 days old, which is about the time when organizer cells would be likely to appear.

“No one knew what happens after the ball of cells attaches itself to the uterus,” says Ali Brivanlou, a developmental biologist at the Rockefeller University in New York City and lead author of the latest study.

In 2016, Brivanlou’s group was the first to grow human embryos in a dish to the 14-day mark3. But the researchers halted the work before the point at which embryos begin a complex reorganization that leads to the growth of limbs and organs. They did not see organizer cells in the human embryos before the experiment ended.

In the latest study, the team bypassed the 14-day rule by growing embryo-like structures from human embryonic stem cells. By culturing the cells on small squares just 22 millimetres across, the scientists forced the cells to organize into structures instead of spreading horizontally. They also treated the cells with a series of growth factors that stimulated them to form the various cell layers seen in early embryos. Tests revealed that the embryo-like structures included a cluster of cells that expressed genes seen in other species’ organizer cells.

Brivanlou and his colleagues then transplanted their embryo-like clusters of human cells onto 12-hour-old chicken embryos (which are the rough equivalent of a 14-day-old human embryo). The researchers found that as the modified embryos grew, the human organizer cells directed the chicken cells to differentiate and form a second chicken nervous system. That result mimics the findings of the 1924 salamander experiment, Brivanlou says, although his hybrid embryos did not live long enough to hatch.

Martin Pera, a stem-cell researcher at the Jackson Laboratory in Bar Harbor, Maine, is impressed with the study. “There’s quite a lot there that this system will lead to,” he says — including a better understanding of defects in the early development of human embryos that can lead to miscarriages, and the ability to compare the embryo-like structures with human stem-cell cultures to better define stem cells’ abilities.

The technique might also avoid the ethical issues associated with studying human embryos in the lab. “It’s a real advance — it’s beautiful this can be shown without the need of using embryos,” says Martin Blum, a developmental biologist at the University of Hohenheim in Stuttgart, Germany. “At the moment I could not think of a case where an early human embryo would be needed to answer basic questions.”

Brivanlou disagrees. “There is no substitute for studying the real embryo,” he says. “Everything else we do when we try to model kind of oversimplifies it.”

The next step, he says, is to determine how exactly the human organizer cells influence their neighbours. This could inform efforts to manipulate human stem cells into specific tissues or structures, as part of therapies to regenerate organs and tissues. “Human embryonic stem cells and eggs have all the information,” Brivanlou says. “Everything else is pushing the first domino.”