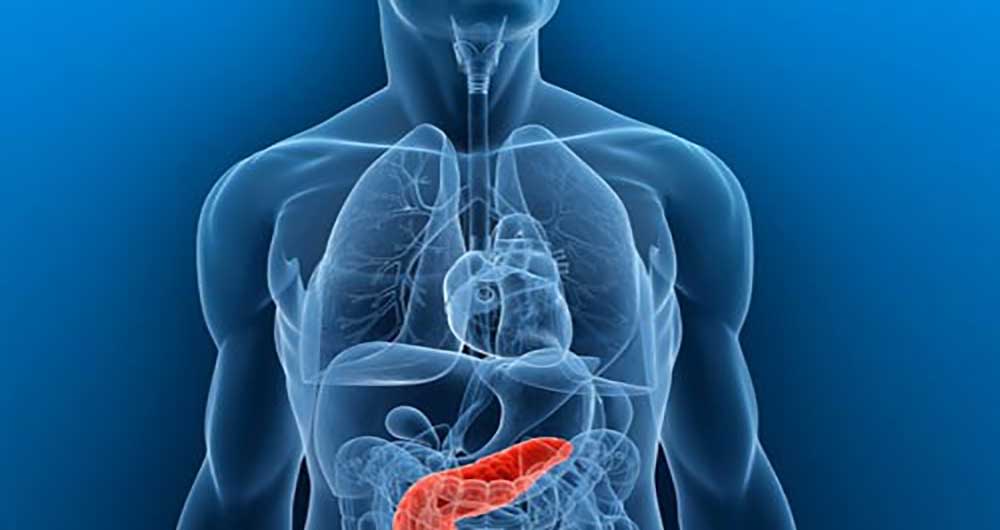 The gallbladder is an organ that is part of the human biliary system, which is involved with the production, storage and transportation of bile. Bile is a yellowish-brown fluid produced by the liver and used to break up and digest fatty foods in the small intestine.

Gallstones are somewhat common. In fact, up to 20 million Americans have gallstones, according to National Institute of Diabetes and Digestive and Kidney Diseases (NIDDKD). Only around 20 percent of these stones cause problems, though, according to the World Gastroenterology Organization.

Gallstones are solidified particles of substances in the bile. They are made of a “combination of bile salts, cholesterol and bilirubin,” said Jordan Knowlton, an advanced registered nurse practitioner at the University of Florida Health Shands Hospital. Gallstones can be as small as a grain of sand or as large as a golf ball, according to The Oregon Clinic.

Knowlton explained that while most gallstones pass on their own, some require a minor procedure or even surgery. “Diagnosis can be made by labs, ultrasound, or Hida scan,” she said.

According to the Mayo Clinic, factors that contribute to the risk of gallstones include obesity, high-fat or high-cholesterol diets, diabetes and taking medicines with estrogen. Women, people over 60, Native Americans and Mexican-Americans are also at a higher level of risk.

Gallstones can cause sudden pain that is called a gallbladder attack, according to the National Institutes of Health (NIH). Gallbladder attacks are usually the result of the gallstone blocking the bile ducts, thereby increasing pressure in the gallbladder. They usually occur soon after eating, especially heavy meals. According to the NIH, they can last from one to several hours or, according to the Mayo Clinic, as little as several minutes. The University of Maryland Medical Center lists the following as symptoms of a gallbladder attack: nausea, vomiting, loss of appetite and pain primarily in the upper right side of the abdomen. Pain may be acute or dull, and may be accompanied by jaundice. These symptoms can last from 15 minutes to a few hours.

The University of California San Francisco Department of Surgery pointed out that the symptoms of a gallbladder attack might be similar to those of a heart attack and other conditions, so it is important to consult a doctor for a correct diagnosis.

There are several types of gallbladder disease:

Cholecystitis is the most common type of gallbladder disease, and often what medical professionals associate with the phrase. Knowlton described it as “inflammation of the gallbladder.” It is caused by gallstones obstructing the ducts to the small intestine. In addition to upper right abdominal pain, Knowlton said, cholecystitis carries with it a variety of symptoms, “including fever, positive Murphy’s sign [pain when the abdominal area is examined], nausea and vomiting.” She said, “treatment depends on the severity of the symptoms … this can often be managed by rest and antibiotics, but for severe cases, surgery is the definitive treatment.”

Calculous cholecystitis is the most common type of cholecystitis and accounts for around 95 percent of all cases. This happens when the cystic duct specifically gets blocked by a gallstone or a type of bile called biliary sludge.

According to the NIH, after several attacks of pain, chronic cholecystitis may occur. This involves the gallbladder shrinking and losing its function.

Choledocholithiasis is the “presence of at least one gallstone in the common bile duct,” according to Penn Medicine. It can block the flow of bile and cause the gallbladder to become inflamed or distended.

Acalculous gallbladder disease occurs without the presence of gallstones, according to the University of Maryland Medical Center. It happens when the gallbladder muscles or valve are not working correctly, and is often found in patients who are suffering from other serious disorders.

Cholangitis is inflammation in the common bile duct. According to the Medical University of South Carolina’s Digestive Disease Center, the most common cause is gallstones becoming lodged in the bile duct, though the condition can also be caused by bacterial infections, blockages caused by medical procedures, and tumors.

Gallbladder cancer is relatively rare, according to the Mayo Clinic. It can be difficult to diagnose because its symptoms are similar to other gallbladder ailments (nausea, vomiting, jaundice, fever).

Gallbladder polyps are lesions or growths in the gallbladder that are usually harmless and carry no symptoms, according to Healthline. The University of Southern California Center for Pancreatic and Biliary Diseases, however, warns that they can occasionally be a risk factor for gallbladder cancer.

Gangrene results from inadequate blood flow and can develop in the gallbladder if acute cholecystitis is left untreated. The NIH lists the following symptoms: confusion, fever, gas in tissues under the skin, feeling ill, low blood pressure and persistent pain.

Abscesses occur when the gallbladder becomes inflamed with pus. Like gangrene, it can occur as a complication of acute cholecystitis, according to The New York Times.

The most common and least invasive method of gallbladder removal is laparoscopic surgery. The NIH explained that in this procedure, the surgeon makes three or four small holes in the belly, inserts a laparoscope — a long tube with a camera — and then removes the gallbladder with tiny surgical tools.

If laparoscopic surgery cannot be performed, the doctor may remove the gallbladder through open abdominal surgery, according to the NIH.

Both forms of surgery are done under general anesthesia.

Diet for a healthy gallbladder

Maintaining a healthy diet and weight go a long way in keeping the gallbladder healthy. “You should eat a well-balanced diet with fruits, veggies, lean meats and fiber,” advised Knowlton. According to New Health Guide, foods that are particularly good for the gallbladder are:

Fresh, fiber-rich fruits and vegetables: Some great ones are avocados, cranberries, berries, grapes, cucumbers and beets. Broccoli, bell peppers and oranges are high in fiber and vitamin C, which if lacking can contribute to gallstones. Pectin-rich fruits — such as apples, strawberries and citrus — can also help, according to RawPeople.com. Radishes are a terrific option because they increase bile flow, but those already suffering from gallbladder problems shouldn’t eat too many of them.

Lean meat, fish and poultry: The least fatty cuts are loins or “rounds,” according to New Health Guide. Any type of fish, pork, lamb and skinless chicken are also good choices.

Low-fat dairy: Pay attention to the fat content in any type of dairy food.

Caffeinated coffee and alcohol: Studies have actually shown that moderate amounts (typically two drinks per day) of alcohol or caffeine from coffee may reduce the risk of gallstones. Caffeine from sources other than coffee, such as tea and soda, has not been shown to have a beneficial effect.

Plenty of water: RawPeople.com advises this one, pointing out that hydration is essential for maintaining the proper amount of water in the bile.

Nuts: The jury is still out on nuts. According to Everyday Health, some studies have shown that eating peanuts or tree nuts such as almonds and walnuts can help prevent gallstones, but it is important not to eat too many because nuts are high in fat.

Keeping away from certain foods can help, too. “Avoid fatty, fried foods, and limit alcohol!” cautioned Knowlton. According to New Health Guide, some other foods to steer clear of are:

Sweeteners, sugar, and refined carbohydrates: This includes high-fructose corn syrup and refined sugars, like those found in cookies, soda and snack foods.

Frozen or canned fruits and vegetables: They may have additives that make it harder for the gallbladder to do its work.

High-fat foods: Fried food, fatty cuts of meat, whole-milk dairy products and foods that are highly processed should be avoided.