For decades, numerous studies have shown that strict, low-calorie-intake dietscould be the key to having a longer, healthier life.

But why is this so anyway? A new study examining the effects of fasting in mice looks to have one answer, finding just 24 hours of calorie restriction flicks a metabolic switch that can boost the regeneration of stem cells in the gut.

These intestinal stem cells fail to regenerate as effectively when we get older, and since they’re important for helping us to maintain healthy tissue and fight off disease, this cellular kickstarter is a pretty valuable thing to know about.

“Fasting has many effects in the intestine, which include boosting regeneration as well as potential uses in any type of ailment that impinges on the intestine, such as infections or cancers,” says MIT biologist Omer Yilmaz.

“This study provided evidence that fasting induces a metabolic switch in the intestinal stem cells, from utilising carbohydrates to burning fat.” 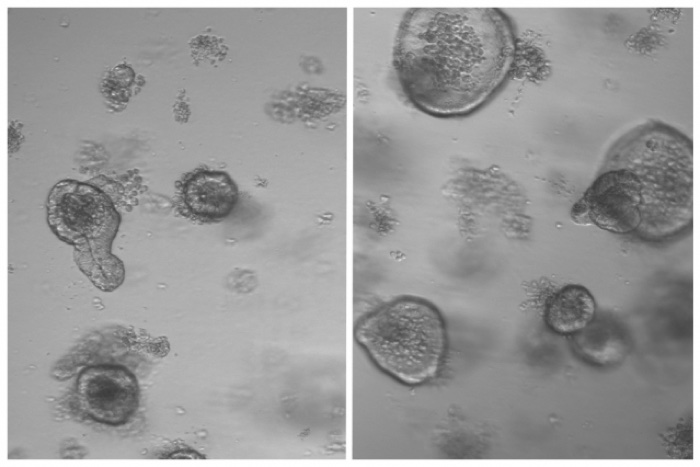 In the study, that conversion didn’t just mean cells use up fat as an energy source instead of carbohydrates. Making the switch also enhanced their functioning.

Intestinal stem cells, which the researchers describe as the “workhorses of the intestine”, typically renew intestinal lining in about five days, but with the metabolic switch activated, it’s possible this renewal could be fast-tracked.

In the lab, Yilmaz’s team took intestinal stem cells from mice that had fasted for 24 hours and grew them in culture to grow masses of cells called organoids, a kind of organ-like ‘mini intestine’.

When they did this, they saw the regenerative capacity of the stem cells from fasting mice was double that of regular mice that hadn’t fasted.

“It was very obvious that fasting had this really immense effect on the ability of intestinal crypts [glands] to form more organoids, which is stem-cell-driven,” says one of the team, biomedical researcher Maria Mihaylova.

“This was something that we saw in both the young mice and the aged mice, and we really wanted to understand the molecular mechanisms driving this.”

To find out, the teams sequenced the messenger RNA of stem cells from the fasting mice, and found that the fasting had activated transcription factors called peroxisome proliferator-activated receptor, or PPARs, which turn on genes involved in metabolising fatty acids.

In this case, that activation induced the cells to break down fatty acids instead of glucose, while simultaneously boosting the ability of the cells to regenerate themselves.

When they blocked the PPAR activation, the regeneration boost ended, but that’s not all the team discovered.

By treating mice with a molecule called GW501516 that activates the effects of PPARs, it reproduced some of the beneficial effects of fasting in mice.

“That was also very surprising,” says one of the researchers, Chia-Wei Cheng. “Just activating one metabolic pathway is sufficient to reverse certain age phenotypes.”

There’s still a lot more for the researchers to investigate before we fully understand the extent of this metabolic switch and its functioning – let alone whether it’s as easily manipulated in humans as it is in mice.

But it certainly inches us closer to the potential prospect of activating this metabolic switch somehow in a pill or other drug treatment, boosting intestinal health in patients without requiring them to fast – and maybe, just maybe – helping us to live longer.

Those results might not locked in yet, but they’re starting to look more viable than ever.

“In a beautiful set of experiments, the authors subvert the system by causing those metabolic changes without fasting and see similar effects,” says biochemist Jared Rutter from the University of Utah, who wasn’t involved in the research.

“This work fits into a rapidly growing field that is demonstrating that nutrition and metabolism [have] profound effects on the behaviour of cells and this can predispose for human disease.”

The findings are reported in Cell Stem Cell.