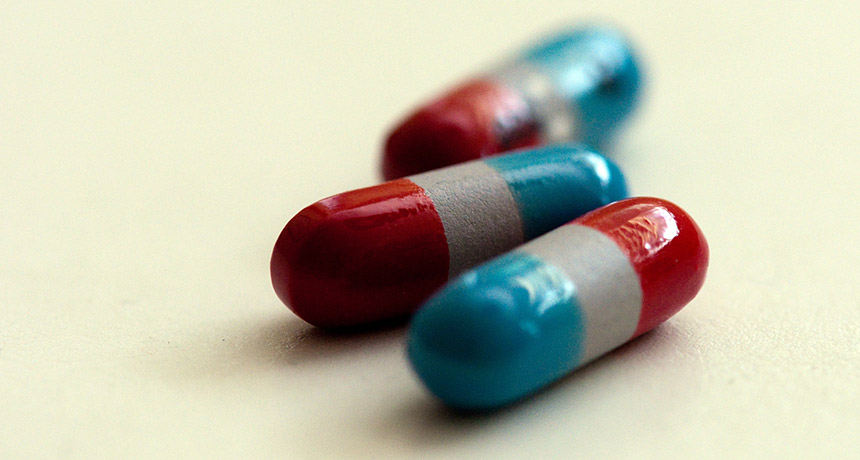 In mice given a toxic dose of acetaminophen, an anticancer medication kept liver cells alive

In mice poisoned with the common painkiller, the drugs prevented liver cells from entering a sort of pre-death state known as senescence. The drugs also widened the treatment window: Mice need to get the drug doctors currently use to counteract an overdose within four hours or they will die, but the experimental drugs worked even 12 hours later, researchers report August 15 in Science Translational Medicine.

If the liver-rescuing results are verified in clinical trials, this therapy may buy time for people who accidentally or intentionally overdose on Tylenol or other medications containing the painkiller acetaminophen. In the United States, such overdoses occur more than 100,000 times a year and are the leading cause of acute liver failure. Many people get treatment on time or recover on their own, but some require emergency liver transplants. And 150 people on average die of acetaminophen poisoning each year.

Currently, doctors treat such overdoses with N-acetylcysteine, an antidote that must be given within eight hours of ingesting a potentially fatal dose. Some people don’t make it to a doctor in time, and will die or need transplants.

In the study, untreated mice died within 18 hours. But mice given the new drugs survived at least a week until researchers sacrificed the rodents to examine their livers.

The anticancer drugs work by blocking a signal from a tumor growth-stimulating protein called TGF-beta, which is activated by inflammation provoked by the overdose. When unchecked, TGF-beta sends a stress signal that puts liver cells in senescence, liver specialist Thomas Bird of Cancer Research UK Beatson Institute in Glasgow and colleagues report.