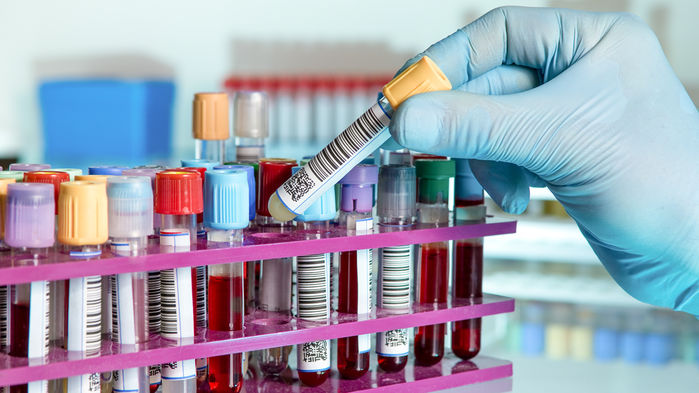 CHICAGO, ILLINOIS—The elusive dream is that a simple blood test could detect a small tumor growing in your body, giving doctors time to cure you before it’s too late. Today, scientists at GRAIL, a biotechnology company based in Menlo Park, California, that has drawn more than a billion dollars in investment, announced progress toward that goal here at the annual meeting of the American Association for Cancer Research. Using full-genome sequencing to analyze DNA shed into the blood by dying tumor cells, the widely watched company saw evidence of cancer in 65% of a group of patients already known to have early disease.

The results are similar to those published recently by other research teams. Together, they show that there is “tremendous promise” for finding cancer early using these assays, known as liquid biopsies, says cancer researcher Daniel Haber of Massachusetts General Hospital in Boston, who was not involved with the work.

Although several companies and academic labs are working on this new form of cancer detection, GRAIL has drawn attention for the huge amount of money it has raised, the many scientific heavyweights who sit on its advisory board, and its plan to use pricy whole-genome sequencing, which analyzes all 3 billion base pairs in the human genome, to develop a cancer test.

To build a reference set of what to look for in its blood test, GRAIL is cataloging cancer-related mutations in cell-free DNA in the blood of people with 20 types of cancer and others who are apparently cancer-free. The study has enrolled more than 10,000 people so far. (The goal is 15,000 by the end of this year.) The company reported today on what Alex Aravanis, head of R&D, called “early insights” from their Circulating Cell-free Genome Atlas Study.

With blood samples from 878 people with newly diagnosed cancer and 580 people without the disease, GRAIL performed three different kinds of assays that analyzed DNA across the entire genome. One looked for mutations in about 500 known cancer genes, a second detected abnormal numbers of copies of genes, and the third analyzed patterns of methylation, which are chemical tags on DNA that turn genes off or on. The company also looked for mutations that pop up in the white blood cells of healthy aging people and removed them from the analysis to leave only cancer-specific patterns.

GRAIL scientists then looked at how well each assay’s data would have predicted cancer in the patients. For 196 people with five highly lethal cancers that are difficult to detect early—pancreatic, lung, ovarian, liver, and esophageal—the methylation test did best, indicating cancer in 65% of those whose cancer at the time of their blood sample had not spread detectably to other organs, besides lymph nodes. As expected, the detection rate was higher—95%—for metastatic cancers because these patients’ tumors are larger, can be in multiple organs, and release more DNA into the blood.

Although the 65% sensitivity rate for nonmetastatic cancer needs to be confirmed in another set of people, it is on par with some other tests, such as one published recently from a group at Johns Hopkins University in Baltimore, Maryland, that sequenced a small set of genes and combined the results with measurements of several cancer-linked proteins in the blood.

Medical oncologist Luis Diaz of Memorial Sloan Kettering Cancer Center in New York City, a co-author of the Hopkins study, says it may never be possible to detect more than about 65% to 70% of early cancers because many small tumors don’t shed enough DNA into the blood.

Detecting a possible tumor from a blood test is only a first step; ideally, any liquid biopsy would also point to the organ that is the source of the cancer so that oncologists could use imaging to confirm any tumor and remove it before it has spread. The Hopkins group was able to pinpoint the tissue of origin in many cases using its protein biomarkers. GRAIL says it also has data indicating which tissue the tumor DNA is coming from but isn’t yet ready to release those results.