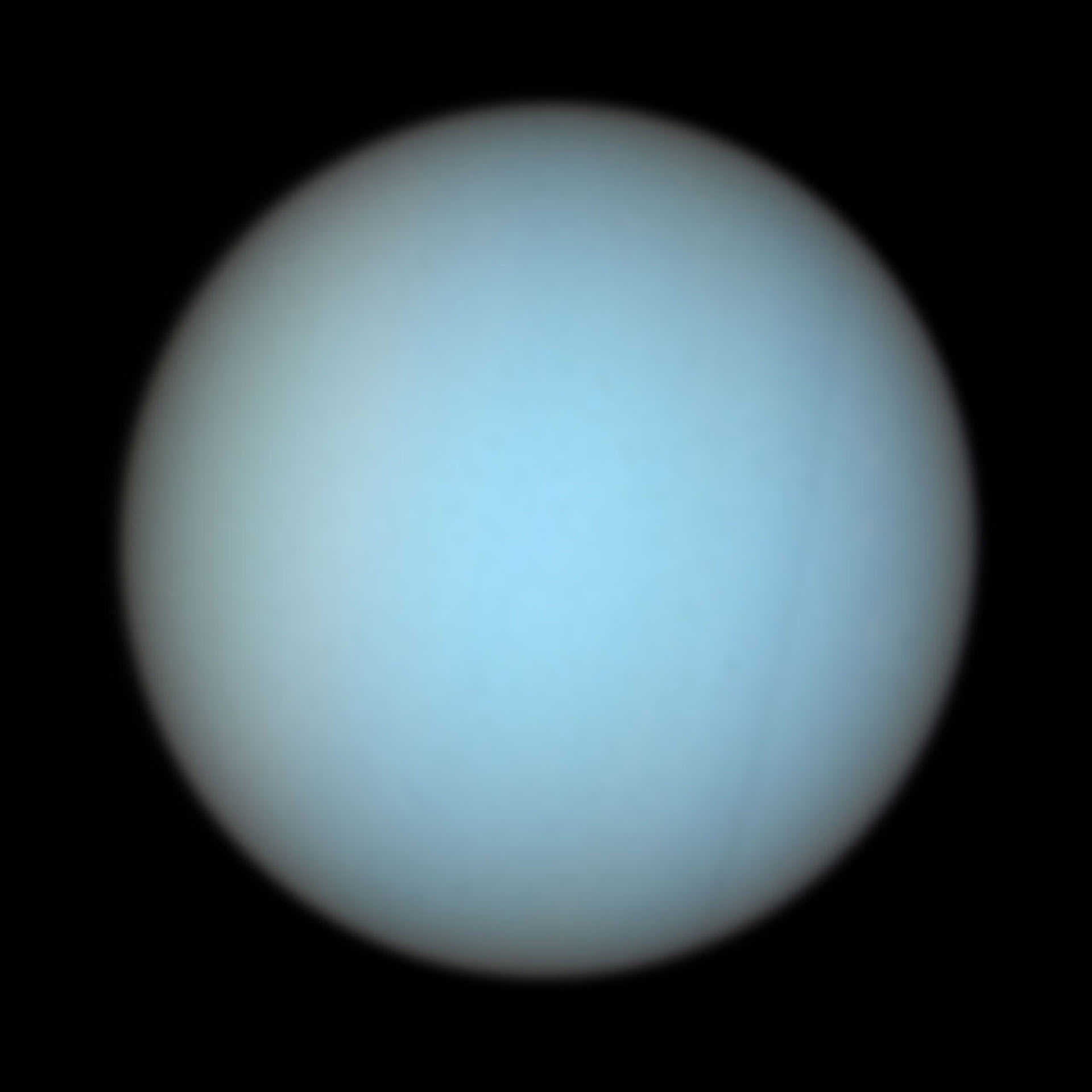 Astronomers using the Gemini North Telescope on Hawaii’s Maunakea have detected hydrogen sulfide, the gas that gives rotten eggs their distinctive odor, in Uranus’ cloud tops. The discovery is described in a paper published in the journal Nature Astronomy.

Scientists have long debated the composition of Uranus’ clouds and whether hydrogen sulfide or ammonia dominates the cloud deck, but lacked definitive evidence either way.

“Now, thanks to improved hydrogen sulfide absorption-line data and the wonderful Gemini spectra, we have the fingerprint which caught the culprit,” said lead author Dr. Patrick Irwin, from the Department of Physics (Atmospheric, Oceanic and Planetary Physics) at the University of Oxford, UK.

“While the lines we were trying to detect were just barely there, we were able to detect them unambiguously thanks to the sensitivity of NIFS on Gemini, combined with the exquisite conditions on Maunakea,” Dr. Irwin said.

The detection of hydrogen sulfide high in Uranus’ cloud deck — and presumably Neptune’s — contrasts sharply with the inner gas giant planets, Jupiter and Saturn, where no hydrogen sulfide is seen above the clouds, but instead ammonia is observed.

The bulk of Jupiter and Saturn’s upper clouds are comprised of ammonia ice, but it seems this is not the case for Uranus. These differences in atmospheric composition shed light on questions about the planets’ formation and history.

“The differences between the cloud decks of the gas giants (Jupiter and Saturn), and the ice giants (Uranus and Neptune), were likely imprinted way back during the birth of these worlds,” said co-author Dr. Leigh Fletcher, from the University of Leicester, UK.

“During our Solar System’s formation the balance between nitrogen and sulfur (and hence ammonia and Uranus’ newly-detected hydrogen sulfide) was determined by the temperature and location of planet’s formation.”

Another factor in the early formation of Uranus is the strong evidence that our Solar System’s giant planets likely migrated from where they initially formed. Therefore, confirming this composition information is invaluable in understanding Uranus’ birthplace, evolution and refining models of planetary migrations.

“When a cloud deck forms by condensation, it locks away the cloud-forming gas in a deep internal reservoir, hidden away beneath the levels that we can usually see with our telescopes. Only a tiny amount remains above the clouds as a saturated vapor,” Dr. Fletcher said.

“And this is why it is so challenging to capture the signatures of ammonia and hydrogen sulfide above cloud decks of Uranus. The superior capabilities of Gemini finally gave us that lucky break.”

“We’ve strongly suspected that hydrogen sulfide gas was influencing the millimeter and radio spectrum of Uranus for some time, but we were unable to attribute the absorption needed to identify it positively. Now, that part of the puzzle is falling into place as well,” said co-author Dr. Glenn Orton, from NASA’s Jet Propulsion Laboratory.

“While the results set a lower limit to the amount of hydrogen sulfide around Uranus, it is interesting to speculate what the effects would be on humans even at these concentrations.”

“If an unfortunate human were ever to descend through Uranus’ clouds, they would be met with very unpleasant and odiferous conditions.”

“But the foul stench wouldn’t be the worst of it. Suffocation and exposure in the minus 200 degrees Celsius atmosphere made of mostly hydrogen, helium, and methane would take its toll long before the smell,” Dr. Irwin said.

“The new findings indicate that although the atmosphere might be unpleasant for humans, this far-flung world is fertile ground for probing the early history of our Solar System and perhaps understanding the physical conditions on other large, icy worlds orbiting the stars beyond our Sun.”