A Lava Bomb Just Hit A Tourist Boat In Hawaii 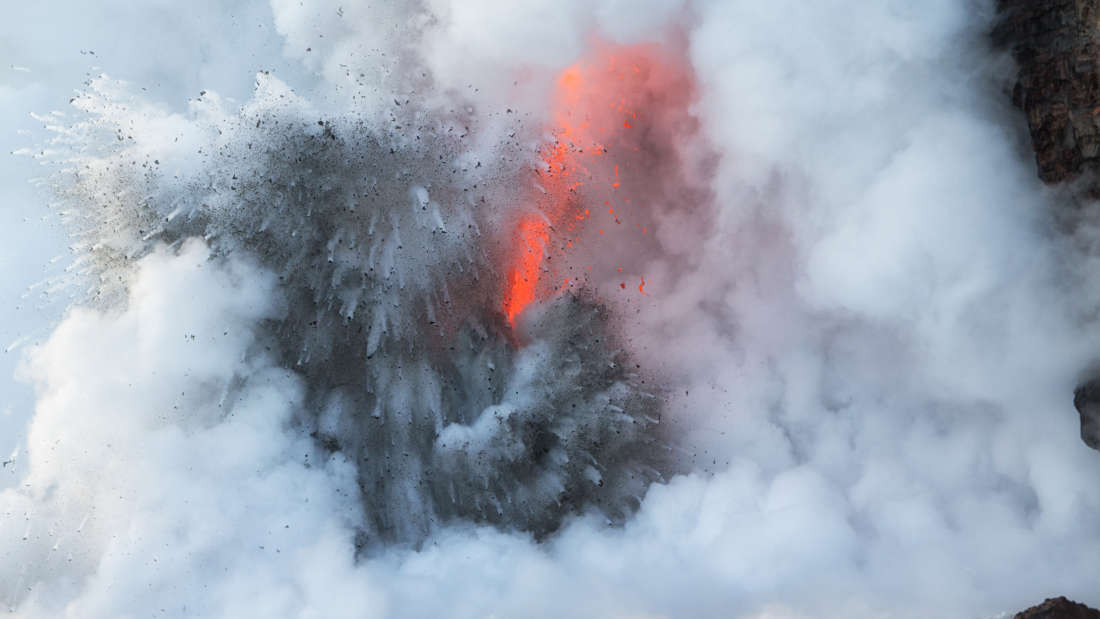 A Lava Bomb Just Hit A Tourist Boat In Hawaii

Although still engaging in some curious volcanological behavior, Kilauea’s not making international headlines anymore, partly because its eruption has somewhat settled into a consistent pattern.

Scratch that: Yesterday, a lava bomb – reportedly the size of a basketball, and one of several – careened into a tour boat visiting one of the lava ocean entry points yesterday, injuring a number of people.

Genuinely terrifying video footage shows passengers watching freshly erupted lava mingle with the Pacific Ocean, shortly before a hazy explosion sends ballistics flying their way. Screams can be heard as some of it, including the aforementioned bomb, smash down through the roof.

It seems that 23 have been hurt as a result. According to Mileka Lincoln of Hawaii News Now, 13 of them were sent to the Hilo Medical Center; 12 have been treated and released for burns and abrasions, and 1 has been airlifted to a nearby hospital with a “serious pelvic/leg” wound.

The boat, owned by Lava Ocean Tours, was said by some to have been outside a safety zone established by the Hawaiian coastguard, although there’s some debate taking place about this.

It’s worth noting that such tours normally have a great safety record, and tour companies have just said that this incident hasn’t affected their numbers. Clearly, though, accidents can happen when things are more unpredictable.

All things considered, it’s incredibly lucky that everyone on the boat survived. In fact, it’s another testament to the scientists and authorities on the ground there that this has been the first recorded injury of the eruption since a man broke his leg in much the same manner – but on land – back in May.