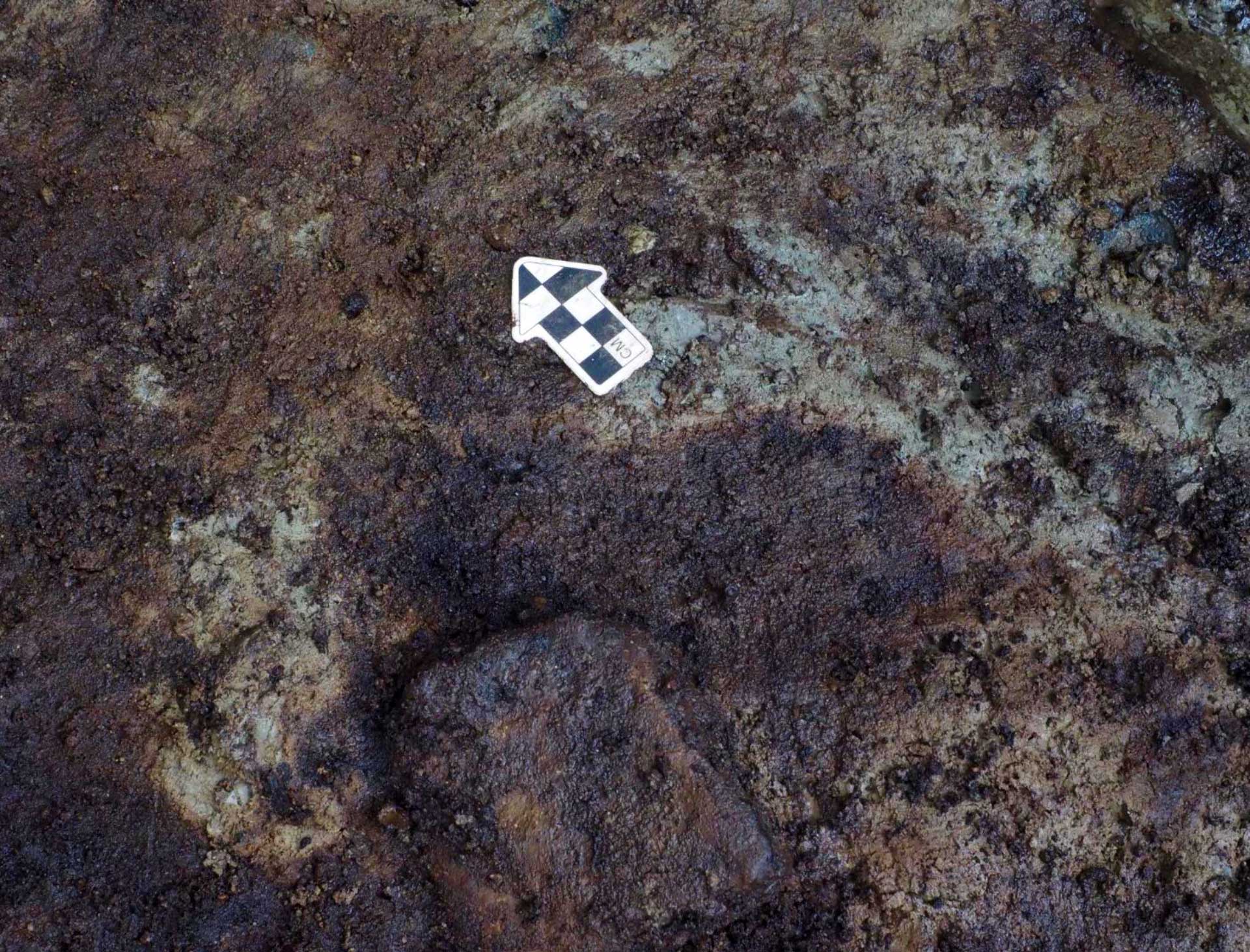 A team of Canadian scientists from the University of Victoria and the Hakai Institute has found fossilized human footprints of at least three different sizes impressed into a 13,000-year-old paleosol beneath beach sands on Calvert Island, off the Pacific coast of Canada.

Led by anthropologist Dr. Duncan McLaren, the team excavated active beach deposits at the Meay Channel I archaeology site on the shoreline of Calvert Island, where the sea level was 6.5-10 feet (2-3 m) lower than it is today at the end of the last Ice Age.

The researchers uncovered a total of 29 human footprints in these sediments, which radiocarbon dating estimated to be around 13,000 years old.

In addition to the 29 individual footprints, they found evidence of other partial footprint-like depressions, but over-trampling had rendered them only barely discernible.

“During the last Ice Age (which ended around 11,700 years ago), humans moved into the Americas from Asia across what was then a land bridge to North America, eventually reaching what is now the west coast of British Columbia, Canada, as well as coastal regions to the south,” Dr. McLaren and colleagues said.

“Along the Pacific coast of Canada, much of this shoreline is today covered by dense forest and only accessible by boat, making it difficult to look for the archaeological evidence which might support this hypothesis.”

Planview of 13-6.5 feet (4 x 2 m) excavation unit undertaken at the Meay Channel I archaeology site on Calvert Island showing trackway and track surface: this illustration is based on field notes and photographs; radiocarbon dates (cal BP) are from the base of footprint impressions and wood found adjacent to these features on the track surface; all of the bell-shaped pits (grey) are intrusive into the track surface from above with the exception of the rock-lined pit (brown) which appears to be stratigraphically associated with the track surface. Image credit: McLaren et al, doi: 10.1371/journal.pone.0193522.

Measurements and digital photographic analyses revealed that the Calvert Island footprints probably belonged to two adults and a child, all barefoot.

“Our results suggest that humans were present on the west coast of British Columbia about 13,000 years ago, as it emerged from the most recent Ice Age,” the scientists said.

“This finding adds to the growing body of evidence supporting the hypothesis that humans used a coastal route to move from Asia to North America during the Ice Age.”

“The finding provides evidence of the seafaring people who inhabited this area during the tail end of the last major Ice Age,” Dr. McLaren said.

Further excavations with more advanced methods are likely to uncover more human footprints in the area and would help to piece together the patterns of early human settlement on the coast of North America.

The team’s results are published in the journal PLoS ONE.